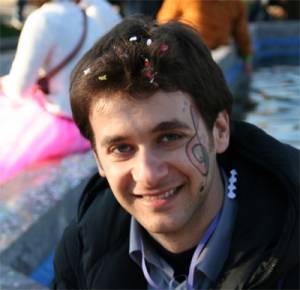 
I’m Associate Professor with the Ca’ Foscari University of Venice, where I’m member of the Data Mining Group. Formerly, I was researcher with the I.S.T.I. “A. Faedo” in Pisa, working with the High Performance Computing Lab. Here you may ﬁnd contact info, résumé, and other details. Below some news and notes on my research activities in the areas of data mining and information retrieval. You can follow me on Twitter.

Web search engines use very complex models in order to estimate the relevance of a document w.r.t. a given user query. These models are made of thousands regression trees, and their evaluation is computationally expensive. In [5] we proposed a new algorithm, named QuickScorer, best paper a ACM SIGIR 2015 and later extended in ACM TOIS[2], being up to 6 times faster than state of the art. This is achieved thanks to a novel data layout that provides better cache locality, and that transforms the forest traversal in to fast bit-wise operations. Additional improvements were achieved by vectorizing the algorithm: by exploiting SIMD instructions it is possible to evaluate multiple documents simultaneously [6]. A patent application was ﬁlled for the algorithm.

We also developed novel algorithm aimed at improving the quality of ranking models. The proposed CLEaVER algorithm [4] is able to prune by a factor of 50% to 80% the trees of a given model, without hindering its accuracy.

These results are the outcome of a quality vs. eﬃciency trade-oﬀ investigation we conducted [1], partially in collaboration with Tiscali Italia SpA.

Most of the work on Learning to Rank is described here: http://learningtorank.isti.cnr.it/.

RankEval [3] is an open-source tool for the analysis and evaluation of Learning-to-Rank models based on ensembles of regression trees. The success of ensembles of regression trees fostered the development of several open-source libraries targeting eﬃciency of the learning phase and eﬀectiveness of the resulting models. However, these libraries oﬀer only very limited help for the tuning and evaluation of the trained models. RankEval aims at providing a common ground for several Learning to Rank libraries by providing useful and interoperable tools for a comprehensive comparison and in-depth analysis of ranking models.

QuickRank [1] is an eﬃcient Learning to Rank toolkit providing multithreaded C++ implementation of several algorithms. QuickRank was designed and developed with eﬃciency in mind.

Machine Learning (ML) is increasingly used in several applications and diﬀerent contexts. When ML is leveraged to ensure system security, such as in spam ﬁltering and intrusion detection, everybody acknowledges the need of training ML models resilient to adversarial manipulations. To date, research on adversarial ML has mostly focused on deep neural networks. Despite their eﬀectiveness in so called non-perceptual scenarios, decision tree ensembles have received only limited attention by the security and machine learning communities. We aim at ﬁlling this gap by investigating novel algorithms for robust ensemble learning as well as novel solutions for the evaluation of models’ robustness [1].

Frequent Pattern mining is one of the most typical data mining tasks. We attacked the problem both by an eﬃciency and eﬃcacy side. Frequent pattern mining is computationally expensive. One of the algorithm we developed, named DCI_CLOSED, in IEEE TKDE [8], is still one of the eﬃciency benchmarks adopted.

A very interesting result was presented at ACM SIGKDD 2011 [1]: we showed that it is possible to extract relevant pattern with a single scan of the dataset by exploiting smart sampling strategies, thus allowing the mining of very large datasets.

On the eﬃcacy side, we investigated a new methodology for extracting a minimal and most informative set of patters by exploiting the Minimum Description Length principle. The proposed algorithm, published in IEEE TKDE [11], improved over the state-of-the-art, also comparing with matrix decomposition techniques such as SVD and PCA.

On the same research line, we developed algorithms that allow the analyst to specify a set of properties (other than frequency) the desired patterns should satisfy [6, 3, 2, 5, 4].

This is the result of our work on mining patterns, in particular dense “rectangles”, in noisy binary datasets. The implementation of the TKDE’14 paper [11] is available here.

Published at KDD’11 [1], this is the result of a collaboration with M. Boley, Sandy Moens, Daniel Paurat and Thomas Gärtner from the University of Bonn. website.

This is the result of our work on Pattern Mining algorithm for the discovery of closed frequent itemsets, in particular it implements three of our papers at ICDM’07 [10], TKDE’06 [8] and SDM’06[9], in one comprehensive software specialized for the dense datasets. In fact, it supports both out-of-core and multi-core mining. download.

This software generates association rules with given minimum conﬁdence from a collection of frequent itemsets. Diﬀerently from others, it does not need a downward closed collection. It extracts all the possible association rules, without assuming that given a frequent itemset the supports of its subsets is known. The input format is the usual ascii format: 1 2 3 (95). download.

This is a porting to python of Andrew I. Schein’s matlab code from the paper “A Generalized Linear Model for Principal Component Analysis of Binary Data”. download.

Entity Linking is the task of identifying named entities (places, people, concepts, etc.) mentioned in a given piece of text. We developed a framework for the annotation and evaluation of Entity Linking Algorithms [3, 2] and a novel method for the estimation of entity correlation [1]. Indeed, as entity correlation is the building block of most approaches, we showed how to improve the accuracy of several state-of-the-art algorithms.

Finally, we developed a new Entity Linking method[4], named SEL, aiming at estimating the relevance of the mentioned entities and to improve the accuracy in the detection of the most relevant ones, with a 2x F-measure improvement w.r.t. to the state of the art. This work was awarded the Best Student Paper at DocEnc 2016.

We discuss two major results. In [2] we developed a new algorithm, named Cracker, for the detection of connected components in very large graphs. The proposed algorithm, implemented over Spark, is able to process billions nodes and hundreds billions arcs, with a speed-up factor in the rage 1.6x–15x over the state of the art.

In [1] we tackled the self-join similarity in large document collections. The proposed MapReduce algorithm exhibits a speed-up w.r.t. the state of the art in the range 2x–5x.

In both works, we adopted a common approach based on the pruning non informative data in order to reduce the computational cost of the algorithms.

Finally, we developed a novel personalized news recommendation algorithm that exploits social network data by analyzing the tweets of a user and his social circles to recommend the most items published by news agencies being most relevant for the given user [3].